Stop me if you’ve heard this one before: Someone announces the development of a breakthrough disc golf video game and claims it will be far better than the paltry offerings available today. Maybe they even forge a partnership with a major disc golf entity. Then either the excitement fades away as quickly as it sprouted up, or the game does get released but falls short of all the hype.

We’re hearing this once again, and this time I have a hunch it’ll turn out differently. And I can point to a few specific reasons why I feel this way.

Local Route Labs in the enclave of Madison, Wisconsin has announced its plans to release a disc golf video game for the Android and iOS platforms mid-year 2014. The company – which at this point consists of two avid disc golfers with full-time jobs outside of this project – launched a Kickstarter campaign that provides plenty of evidence of the work they’ve done thus far. It also leaves one with the impression that their game, Disc Golf Unchained, is definitely gonna happen.

For one thing, developing the game for Android and iOS first is a great decision. Far more people have access to devices on these platforms than the various consoles. And those who are not normally ‘gamers’ can easily make an exception by downloading the game to their phone or tablets in minutes.

When I asked co-founder Tyler Krucas why he and business partner Adam Heier decided to invest thousands of hours and a not insignificant amount of personal funds in a disc golf video game, he said it had to do with the “lack of disc golf video game options on the market,” adding that “the options that are currently out there also seem to leave something to be desired.”

Frankly, that is a familiar refrain from would-be developers and frustrated gamers alike. But then he began to expand on that answer, and the more I heard the more I became convinced that assuming it makes it to the market and is stable this will truly be a breakthrough game.

It wasn’t just the detailed shortcomings of previous disc golf games that Krucas recounted and pledged to address: taking the shortcut of building the flight engine on that of a ball golf game, producing flight not realistic for a flying disc; throwing disc golf as an add-on to a game that includes a collection of sports, more as a novelty than anything else.

Others have made similar claims before along the same general lines. But I hadn’t heard details like I do from Local Route Labs, and more importantly, seen proof of how they are addressing those details.

It became obvious pretty quickly that these guys are familiar with the nuances of disc golf. They understand the desire of advanced players to have a large selection of discs from which to choose that perform as they should. Disc golfers want to be able to throw backhand, forehand, and tomahawks, and they agree. They’re even trying to figure out how to add rollers! When you throw a big anhyzer with a stable disc the right way, they want you to be rewarded with a sweet S-turn. 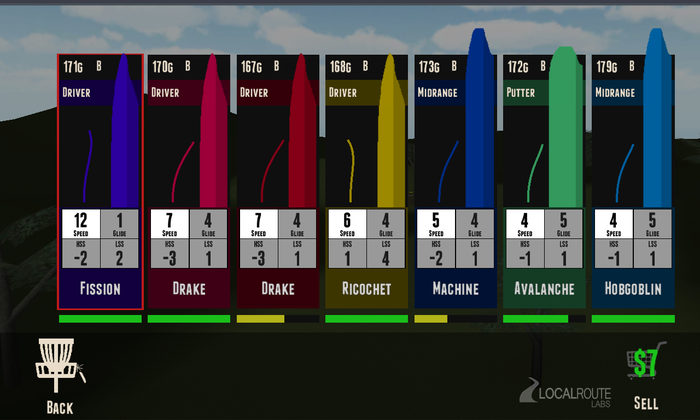 As far as courses go, the plan is to have some real, familiar ones built in, and also some created just for the game located on terrain disc golfers dream of tackling. From the screenshots and video clips on the Kickstarter page both the foliage and the undulations of the playing surface look pretty good. And one feature they are particularly excited about is a built-in course engine and editor. “We think the inclusion of real world courses will be a big draw,”explains Krucas. “and allowing players to create their own based off their favorites will add another level of engagement. We definitely look forward to seeing what our users create with the Course Editor and hope to eventually make them available for everyone.” 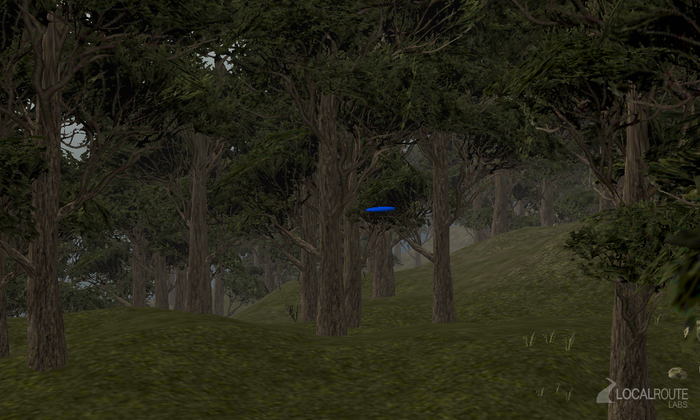 If you’re someone who is into both video games and disc golf, are eager to see ‘real’ disc golf take another step in its inexorable climb to relevance as a sport of the future, or both, I encourage you to do two things:

I’ll post on this game again with a full review when I’m able to test it out. If I had to bet, I’d say this game is gonna happen next year, and it’s gonna be good.